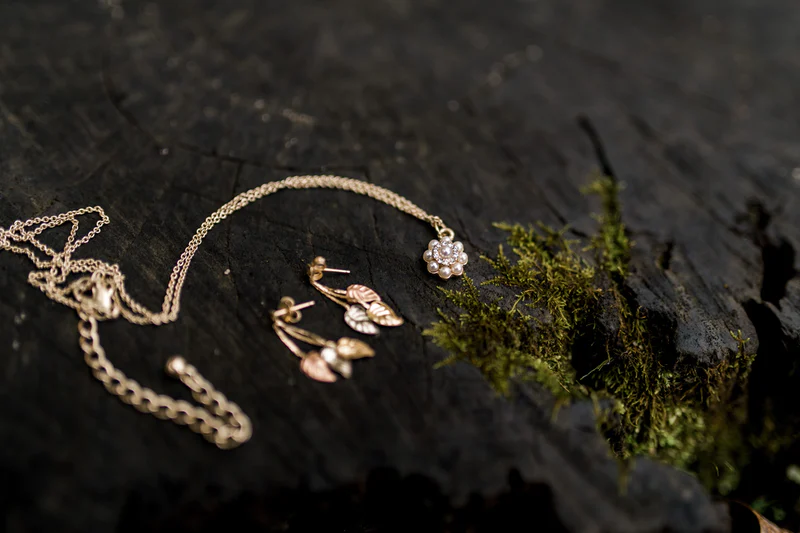 Luxurious and expensive jewelry is especially appealing for most women and always has been. Jewelry plays a role in the history of clothing for humans, and it is not only a decorative item worn for personal adornment but also a symbol of personal or social status. However, not everyone can afford expensive jewelry. The term “costume jewelry” dates back to the early 20th century, and it reflects the use of the word “costume” to refer to what is now called an “outfit”.

What is Costume Jewelry?

Costume Jewelry is also called “imitated jewelry” or “fashion jewelry”. Originally, costume or fashion jewelry was made of inexpensive simulated gemstones and base metals. Examples could include rhinestones or glass jewelry, set in silver, nickel, or brass. These items looked expensive and gorgeous like real gemstones, provided wearers some kind of replication of fine jewelry, and made wearers look glamorous to complete the “costume”. 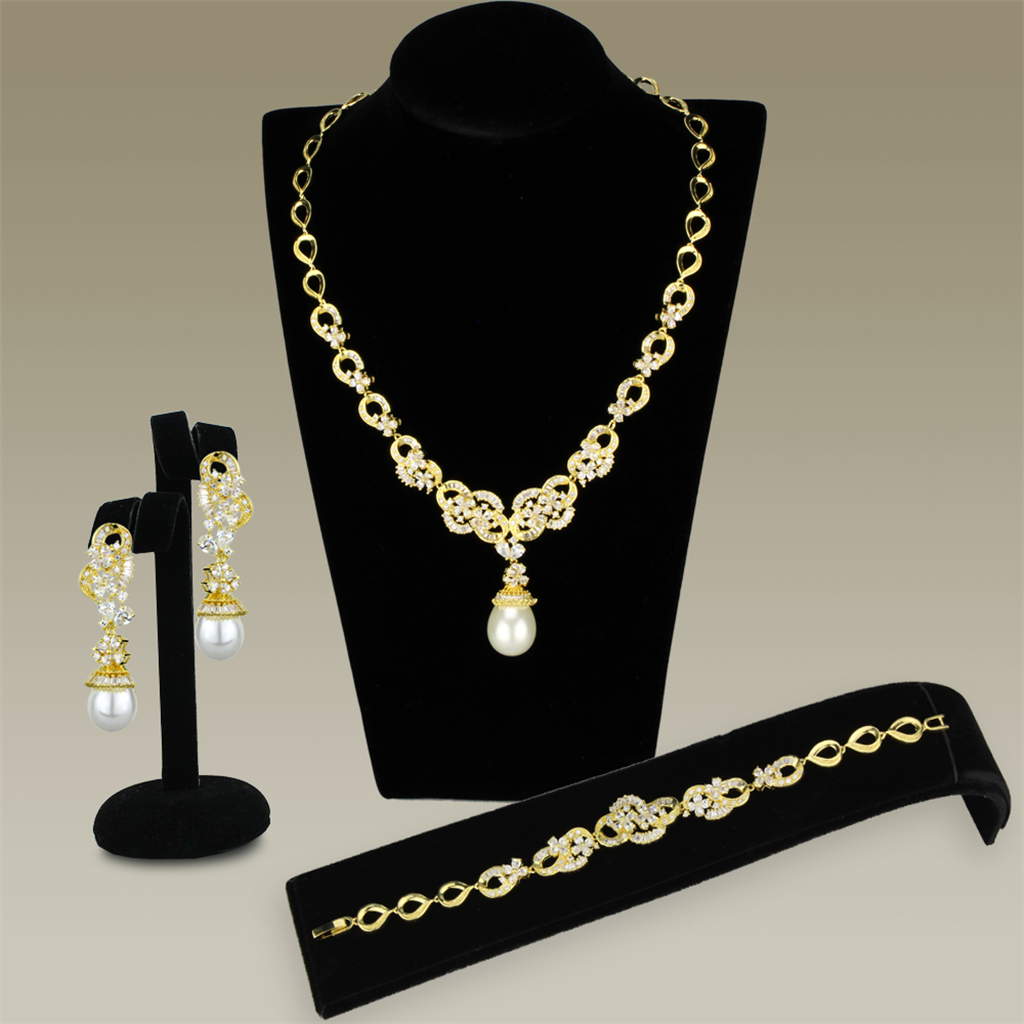 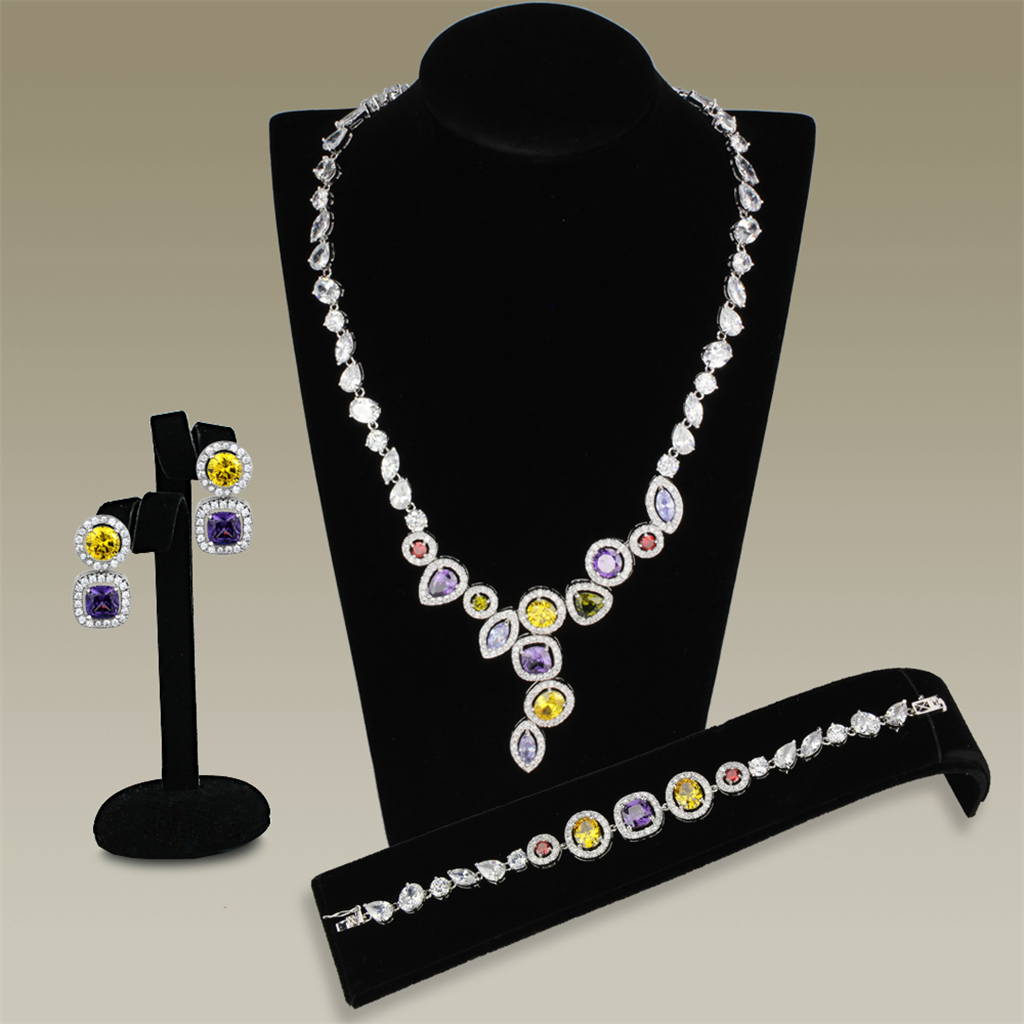 (Jewelry sets are commonly seen in costume jewelry because it’s inexpensive and makes a thoughtful gift or a glamorous accessory for your party season outfits. Item: 3W945 and 3W930)

Costume jewelry was also created to replace finer jewelry as everyday wear without fear of damage or loss. Wearers could keep their fine jewelry in good condition to be able to pass down to later generations as an heirloom.

Costume jewelry is also good for stage, theater, or anywhere the accessories needed to be seen by the audience because using real gemstones was not quite feasible.

Nowadays, you can find fashion jewelry at many fast-fashion retailers such as H&M and Zara. Fashion jewelry satisfies the desires of the latest trends without having to invest in something that might go out of fashion after a few wears. For more affordable and quality costume jewelry and fashion jewelry, visit Alamode Fashion Jewelry.

If you are looking for the most durable men’s no stone rings, try our TUSK for men collection. This collection is made of our exclusive TK316 stainless steel, which is one of the most durable metals used in jewelry and it’s virtually unscratchable. These are perfect for the man who doesn’t want to damage an expensive platinum piece. A no stone TK316 ring is a budget-friendly alternative that won’t have you worrying about a missing stone. Check out our large selection of men’s no stone rings and help your loved one find the perfect accessory.

As someone in the fashion jewelry industry, you hear this a lot. Are these CZs real Swarovski’s? I don’t want fake diamonds, I want a real Swarovski! For someone in the know, these questions are kind of nonsensical. But if you are asking these questions, it is not your fault! There is definitely a lot of misinformation in the fashion jewelry industry. So today we will figure out what Swarovski crystals really are and what you should know when buying them.

What are Swarovski Crystals?

Crystals, like Swarovski crystals, are also known as lead glass. As the name implies, lead glass is when lead replaces some of the content of a more typical glass you would find in everyday life. Adding lead creates a glass with an increased refractive index. For our purposes, you can describe a material’s refractive index as the ability of the material to bend light as light travels through it. This bending of light, along with the faceted cut faces, is what allows gems to sparkle and gives gems the “fire” that we all look for. It is no surprise that diamonds naturally have an extremely high refractive index. Swarovski crystals are faceted lead glass beads produced by the Swarovski company.

So are you trying to tell me that Swarovski crystals are just cut glass?

Swarovski crystals are non-precious lead glass meaning that the intrinsic value of the material is not very high. They do have a valuable brand name, however, which causes them to have higher prices compared to other crystal suppliers. At one point, Swarovski did have a noticeably higher quality crystal compared to other manufacturers. However, this is no longer the case and there are now many manufacturers of high-quality crystals. It is for this reason that we here at Alamode Fashion Jewelry tend not to use Swarovskis in our products. We still use them in some cases and we will certainly use them if a customer requests them, but in general, they do not look any better than any other crystal on the market.

Are Swarovski Crystals Worth it?

This leads us into our other common question: are Swarovski crystals worth it? The general rule of thumb for jewelry holds. If you think looks nice then it is worth it to you! But maybe you are asking: should I pay more for this ring with a Swarovski than this ring made with a different crystal? I would say the answer is if you value the Swarovski brand name, then yes it is worth it to be able to say it is a Swarovski. If you primarily value just the look of the product, then no since it will most likely look indistinguishable from less expensive crystals.

Why use Crystals at all?

Now with all these reasons why crystals do not stack up to CZs, does that mean we should not use them at all? No! Crystals still have their place in fashion jewelry. In general, crystals are actually less expensive than CZs which makes them perfect for micro-pave settings. Micro-pave settings will usually use much smaller stones so each individual stone does not need the same level of clarity and detail of a larger stone. By using crystals versus CZs, the material cost of a piece can drop significantly without as significant of a drop in visual quality. Crystals are often also foil backed. This means that there is a reflective metallic foil added to the back of each crystal. Manufacturers add this foil to give the stone more fire at the expense of clarity. But this backing also means that crystals can be glued instead of manually set with prongs or other settings. Again, this is useful for very small stones where individually hand set stones would be too laborious and costly.

Hopefully, we were able to clear up some misconceptions about crystals and some of the stones used in fashion jewelry. It is true that Swarovski has a great brand name but that does not make it automatically better. While crystals might not be the best stone to use if visual quality is the main concern, they still have an important place in fashion jewelry.

Even though our company Alamode Fashion Jewelry primary sells fashion jewelry (we also carry a vast selection of 925 sterling silver and semi-precious stones — BTW), it may come as a surprise when you hear our answer. Can fashion jewelry make the wearer look cheap? Yes, yes it can. BUT so can flawless diamonds, rubies, and 24k gold. It all depends on how you wear it!

“Cheap” when talking about jewelry can mean inexpensive and economical or it can also mean tacky and tasteless. Both versions of “cheap” can be possible when talking about costume or fashion jewelry so we will tackle each category one at a time.

Well made fashion and costume jewelry will be indistinguishable from jewelry made from genuine precious metals and stones. In fact, cubic zirconias (CZ), the most common diamond simulant, only differs from real diamonds because they often had TOO much fire and sparkle. The industry has since dialed in the fire as to be indistinguishable from diamonds to the naked eye. Generally speaking, the easiest way to quickly spot a cubic zirconia is if it is too large and flawless to be found outside of a safety deposit box. The problem, though, is that cheaply and inexpensively made jewelry is common, especially at high volume fast fashion retailers such as H&M and Zara. Take these earrings from H&M for example.

These earrings look cheap because they are. They were probably stamped out of sheet metal and use a gold colored alloy instead of plating it with 18k gold and probably cost around $0.20 to produce. This type of accessory has its place but know that for probably two or three dollars more, you can buy similar earrings at retail that was cast, instead of stamped, and gold plated instead of using a gold tinted alloy.

Even more obvious than cheap base metals are cheap stones. Again, take these rings from H&M for example.

Even when photographed well, it is apparent that these rings are faceted plastic and only even remotely reflective because of the mirrored foil backing. Alternatively, take a well-made fashion ring such as this:

This ring also costs under $5 each and is made with stainless steel and cubic zirconia which are also not defined as precious materials but there would be no way to conclusively distinguish this from a platinum and diamond ring just by using the naked eye.

The key takeaway is yes, costume and fashion jewelry can look cheap but it can also look indistinguishable from the real thing. There will be a price difference between the costume jewelry you can spot from across the store isle versus ones that require a jeweler’s loupe to determine its authenticity but the price difference is often only a few dollars, not ten or twenty.

Tacky is usually described as ostentatious and vulgar and usually designated for jewelry that is explicitly designed to be pretentious to attract attention. Take for example this ring with a giant center stone encircled by smaller stones around the whole circumference.

If you were to see someone wearing this on the street, you would most likely assume this is fake and probably in poor taste. In fact, this particular ring is made of real diamonds and likely costs over $200k just in the raw cost of the stones alone. Even if this was made using cubic zirconias, it would likely cost $20 or $30 just to produce and would likely look indistinguishable to the naked eye compared to the original. The takeaway here is that you can use all genuine precious materials and still look tacky!

The Alamode Fashion Jewelry Guides offers practical “how to” instructions to help you establish your own fashion jewelry brand.